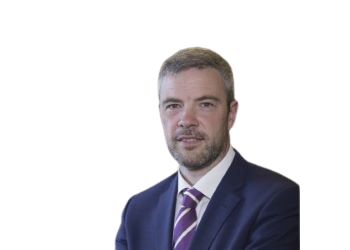 Conor Shields is a consultant colorectal and general surgeon at the Mater Hospital, and Associate Clinical Professor UCD. He joined the staff after completing surgical training in Ireland, followed by a fellowship in rectal cancer surgery and advanced laparoscopic surgery at Hopital Saint-Antoine, Paris, France. His specialty interests include laparoscopic surgery, rectal cancer, peritoneal malignancy, surgical endoscopy, and hernia surgery, including abdominal wall reconstruction. He played a leading role in the development of the National Centre for Peritoneal Malignancy at the Mater Hospital He was the recipient of the Dr Richard Steevens scholarship in 2007, and was invited to deliver the 31st Millin Lecture (2008, Royal College of Surgeons). He was awarded the Bennett Medal in 2006 (Trinity College, Dublin), and received an Outstanding contribution award from the Society of Academic and Research Surgery (Leeds 2003). He was the recipient of the 2001 Susman Memorial Award (Surgical Infection Society). He is currently the National representative for Ireland to the European Society of Coloproctology, and the Honorary Secretary of the RCSI Court of Examiners.

You can find out more about which cookies we are using or switch them off in settings.

This website uses cookies so that we can provide you with the best user experience possible. Cookie information is stored in your browser and performs functions such as recognising you when you return to our website and helping our team to understand which sections of the website you find most interesting and useful.

Strictly Necessary Cookie should be enabled at all times so that we can save your preferences for cookie settings.

If you disable this cookie, we will not be able to save your preferences. This means that every time you visit this website you will need to enable or disable cookies again.