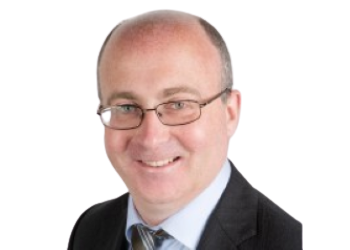 Professor Ronan Cahill was appointed Professor of Surgery at University College Dublin (UCD) and the Mater Misericordiae University Hospital (MMUH) in June 2014 before taking over leadership of the Section and Subject of Surgery in UCD in 2017. In 2019, he was appointed Director of the Centre for Precision Surgery, UCD and the Digital Surgery Unit, MMUH.

Ronan graduated MB,BAO,BCh (Hons) from University College Dublin in 1997 and then completed his basic and specialist surgical training in Ireland, gaining both MD by thesis (Health Research Board Clinical Research Fellow) and FRCS by examination. Thereafter, he was a clinical fellow at the IRCAD/EITS Institute in Strasbourg, France from 2007 to 2008 before moving to the Oxford Radcliffe Hospitals as senior fellow and then consultant and senior clinical researcher from 2008 to 2010. Ronan returned to Ireland in 2010 as consultant general surgeon (specialist interest in colorectal surgery) at Beaumont Hospital before moving to the Mater and UCD. He is a recipient of both the Bennett and Millen Medals (RCSI Millen Lecturer 2010) and was the ASGBI Robert Smith Lecturer in 2014. He has authored over 200 peer reviewed publications, five book chapters and four National Guidelines. He is an editorial board member of five indexed surgical journals, including Colorectal Disease and the European Journal of Surgical Oncology and is a member of the SAGES Research Committee (SAGES Career Development Award recipient 2009). He has a major academic interest in Surgical Innovation and New Technologies and active basic science, clinical and device development research partnerships both nationally and internationally. Most recently he is co-awardee of a major Disruptive Innovation and Technologies Fund (DTIF) award by the Irish Government for a project entitled "The Future of Colorectal Cancer Diagnosis and Treatment", a consortium including UCD, RCSI, IBM Research and Dechiphex using artificial intelligence for decision support in surgery and pathology

You can find out more about which cookies we are using or switch them off in settings.

This website uses cookies so that we can provide you with the best user experience possible. Cookie information is stored in your browser and performs functions such as recognising you when you return to our website and helping our team to understand which sections of the website you find most interesting and useful.

Strictly Necessary Cookie should be enabled at all times so that we can save your preferences for cookie settings.

If you disable this cookie, we will not be able to save your preferences. This means that every time you visit this website you will need to enable or disable cookies again.